What does a Minimalist have to say about Bathroom tiles in the Philippines?

Bathrooms have evolved ever so slightly throughout the decades. During the 1940s, they were all about flashy and vibrant colors. From bright red bathroom floors to smooth green countertops, everything is designed in a way that will show a certain flair to anyone who sees it.

This trend lasted till the mid-1970s. during the 1980s, people just suddenly got tired of all the vibrancy in their bathrooms and ended up lessening the décor for it. Most of the time people now choose safe colors. In the Philippines, bathroom tiles get similar treatment. Seldom do you see a vibrant bathroom filled with colors, but it is even rarer to find a bathroom structured around minimalism.

When compared to normal and the more vibrant bathrooms, minimalist bathrooms hold a sense of elegance within them because of how it looks. Some of the best ones really exude what minimalism is. 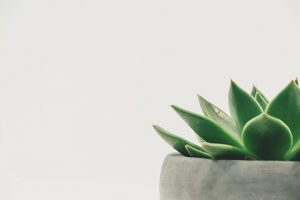 The Essence of Minimalism

The concept of minimalism was originally a rejection of the extremely subjective works of abstract expressionism. It was said to be the polar opposite of abstraction when it comes to art. The core idea of minimalism is to distill a product, a work of art, or anything to its bare essentials. Minimalists believe that when this is done, the true form of an object is showcased.

Minimalism in design can be displayed in a variety of ways that are used hand in hand. First off, it should be simple. Simplicity should be the core of the design. Some other attributes of minimalism are the use of clean lines and compositions, natural lighting, light or neutral color schemes, and natural backgrounds.

To reiterate minimalists, strip their subject down to its most important aspects. All kinds of outside influences are disregarded, so as to fully capture the focus. 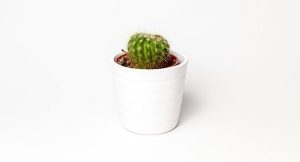 The bathroom of a minimalist stands true to the essence of minimalism. They strive to remove and stay away from any excess of what they actually need. These bathrooms will only have the essentials. A sink, a toilet, a shower and or a bathtub are mandatory, but the décor or the lack thereof is what sends it apart from other kinds of bathrooms.

When you step into the bathroom of a minimalist, you will see a clear lack of hygiene products, beauty products, and all other bottles, soaps toothpaste, brushes that are usually found lying around by the sink. Rather you’ll find a choice selection of products neatly tucked away in a corner or drawer where it is most likely used.

For the overall design of a minimalist bathroom, you will often see a step away from over the top, decorations such as an assortment of vases and small plants, as well as the aforementioned vibrant bathroom tiles. Rather you will see only 1 or maybe 2 pieces of décor that are strategically placed in certain parts of the bathroom. A vase placed on a table at the corner of the bathroom, or maybe a minimalist picture that acts as the only contrast to a wall covered with elegant black tiles.

Bathroom Tiles as seen by Minimalists

Again, minimalists imbue their ideals onto everything they have, including their choice of bathroom tiles. In the Philippines, one of the bigger design choices of minimalists are the color options. Although minimalists tend to limit themselves to using neutral colors, they still have a certain vibe that they would probably want to make their bathroom exude.

In this case, there are two colors that are usually preferred by minimalists to show personality: Black and white. These colors can make a bathroom showcase a certain theme or emotion for anyone who enters a bathroom.

In contrast to black tiles, white bathroom tiles are more likely associated with innocence and purity. For most people, this is the color of perfection. It gives off a bright and quirky feel that can make anyone feel enlightened. The use of white bathroom tiles also brings out a sense of freedom and openness to people. It is also the best color of bathroom tiles if you like to emphasize cleanliness above all.

A minimalist bathroom is different from your normal bathroom. Its beauty comes from the lack of distractions within it. By emphasizing the essentials and sticking to what’s natural, minimalist bathrooms can be considered as the better design choices for your bathroom.

Floor Center brings beauty, sophistication, and quality to you. From a humble beginning in 1997, we have quickly expanded our distribution to the public. Since then, our primary focus is on delivering satisfaction and happiness to our customers.

WE'D LOVE TO HEAR FROM YOU!

Are you sure to delete this item? This cannot be undone.