When it comes to the best tiles the Philippines has to offer, FC Floor Center is one of the biggest names you’ll hear about! With a wide array of products under their belt, they are certainly a force to be reckoned with!

This year of 2018 has certainly been interesting for FC as in the latest Bathroom Kitchen Update Awards (BKU Awards), RAK Ceramics was awarded as the title of Best Tiling Brand of 2018. The BKU Awards is an annual award event that embodies the insights of the best in the bathroom and kitchen industry. For 4 years, the BKU Awards have continually set the stage for the industry’s best and has secured its position as a prestigious event in the industry. 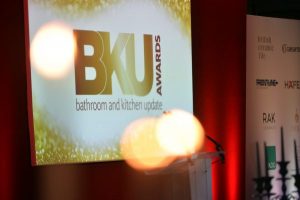 The way that BKU Awards works is that they let the people of the industry decide. The people in the industry has so much power when it comes to this award show because it is them who will nominate the rightful brand for each category and allow particular brands to win certain awards. Because of this unique perspective, being nominated is already an amazing salute to your work. Winning an award is even bigger because that means the whole industry recognizes the greatness of your brand.

As the business director Carl Hearnden said during the opening: “We wanted winning a BKU Award to really mean something- and what could be more important than a stamp of approval from your industry peers?”

The BKU Awards is unique award show that does not only highlight the best of the industry but also the camaraderie and friendly competition among them. These companies will always strive for the best, but when faced with a masterpiece, they will always have the drive to compliment great work. 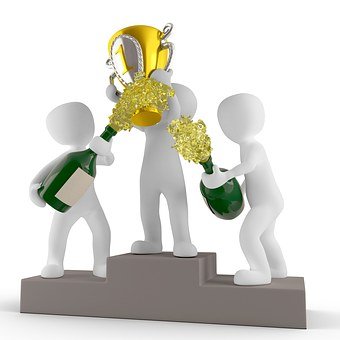 With that being said, as this year’s winner of the Best Tiling Brand, RAK Ceramics have cemented themselves as the top contender in the Tiling industry. Alvin Biggs, RAK UK’s Managing Director said,

“We’re absolutely thrilled to have received this award from the industry. We constantly strive to offer the very best in quality and design, presenting a complete bathroom solution for the commercial and consumer sector. Our sincere thanks go to the industry for its support and recognition – and we look forward to sharing new concepts and collections over the coming months.”

RAK Ceramics have consistently made a name for themselves while expanding their repertoire. In fact, they were also nominated for Best Sanitaryware Brand of The Year among four other finalists. Prior to the 2018 BKU Awards, they have won a considerable number of awards in the past including the “Most Innovative company in the Middle East and Wall and Floor Tile of the year” at The Tiles Association Awards in London in 2017, to name a few.

FC Floor Center has really reached the stars this year! There is practically no limit as to how far RAK Ceramics will go in the near future. With them consistently making efforts to expand their reach and improve their products and introducing these award-winning brands for the good of the public, the industry can only wait and see what comes next for the Best Tiling Brand of 2018!

Floor Center brings beauty, sophistication, and quality to you. From a humble beginning in 1997, we have quickly expanded our distribution to the public. Since then, our primary focus is on delivering satisfaction and happiness to our customers.

WE'D LOVE TO HEAR FROM YOU!

Are you sure to delete this item? This cannot be undone.